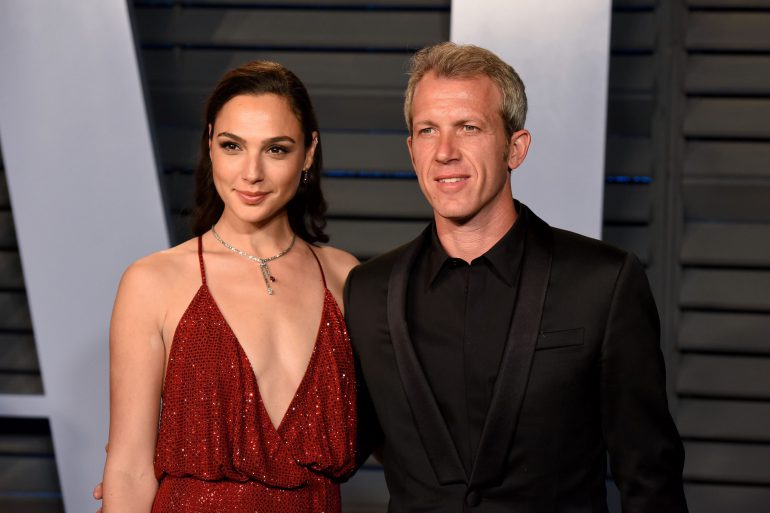 The fast and the furious fame actress Gal Gadot, an Israeli actress, is one of the most acclaimed actresses in Hollywood. After playing successful roles in Fast And Furious, Batman Vs Superman: Dawn of Justice, Wonder Woman, and several other blockbuster movies She is expected to be seen in a Netflix thriller Red Notice in 2020. She has been a successful model and producer too.

About Gal and Yaron

Gal Gadot started her modeling career very early in her life and at the age of 18, she has crowned Miss Israel in 2004 and competed in Miss Universe in 2004 in Ecuador. She has represented many famous brands like Gucci, Jaguar cars, Huawei smartphones, and Miss Sixty to name a few. She has also been featured as a cover girl in many International magazines like Glamour and cosmopolitan. Gal Gadot has served for two years in the Israeli Defense Force as a fitness instructor.

On 28th September 2008 Gal Gadot married Israeli real estate developer Yaron Varsano. Yaron, Gal Gadot’s husband, was born in Amsterdam and attended the International School of Amsterdam. Later he graduated from the New York Institute of Technology. His work took him to Tel Aviv where he finally settled. In an interview, Gal Gadot mentioned that her husband has been a strong supporter of feminism and supports in all her endeavors.  Both of them along with Yaron’s brother built a  Boutique Hotel in Tel Aviv,  which Gal helped to run herself.  After successfully running the hotel for a couple of years they sold their hotel to Roman Abramovich in 2015 for ‘whopping $26 million.

Reminiscing about her courting days, Gal Gadot mentioned that she met Yaron Varsano in 2006 in a desert party which was for yoga, healthy living, and eating right. Due to their shared interest the couple instantly hit off and Gal knew that she was in for a long-term relationship with Yaron. In another interview, she also mentioned that Yaron being 10 years elder than her has helped her immensely in building her character and making her a stronger person. Yaron too wanted a stable relationship and on their second date mentioned to Gal, that he wanted to get hitched and would propose to marry Gal within two years.

In 2008, Yaron did propose Gal to marry him and Gal accepted his proposal. Both tied the knot in an intimate ceremony in Tel Aviv.  In 2011 Gal gave birth to their first child Alma.  Alma was born when Gal was at the peak of her career and initially, you found it very difficult to manage both work and the baby.  Fortunately, Yaron stood by her in her difficult times and help to balance both work and family.

Initially, Gal was a little apprehensive about traveling with the child,  butYaron reassured her that she had nothing to worry about and that she will be setting an example for her daughter. When Alma was around two,  you had to travel to different places for movies and as usual, her husband Yaron stood by her like a pillar.  He made sure that he made all the arrangements of the logistics of Gal’s travels along with Alma.

With extensive support from her husband, Gal kept on following her dreams and eventually became a superstar.  She was pregnant with the couple’s second child Maya while filming her part of Wonder Woman.  Both of Gal’s daughters Alma and Maya have been getting a lot of popularity as celebrity kids.  Alma is really proud to have a mother who she considered as a real Wonder Woman. However, of late the couple has been trying to shield their children from paparazzi

Gal mentioned that after she completed filming Fast 4, she and her husband started traveling very frequently between Israel and the USA.  During that time the couple had to stay for many days in hotels while they managed both their work and home. During their stay in hotels, they felt that they needed a comfortable place which gave them the homely feeling rather than being too pompous. This thought gave them the idea of building a boutique hotel, that people would love to stay in while traveling for work.  Their idea set the basis of The Varsano hotel in Tel Aviv.  In 2015,  they sold this hotel to Roman Abramovich at an exorbitant price of $26 million.

Gal Gadot and her husband Yaron Varsano, both are firm believers of feminism and supports equality of gender. Yaron believes that men and women in the same profession should be paid equal and should enjoy equal rights. He has been seen tweeting about Gal and how great a mother, wife, and wonderful person she is. Their marriage is rock solid as both have respect for each other’s work and dreams.

Gal feels that the most precious piece of jewelry that she wears is her wedding ring. She professes her love for her hubby in every possible way right from posting on Instagram to mentioning the support that she always receives from Yaron. Both of them are very much career-driven yet, always find time for family. Their two kids Alma and Maya complete their lovely family.

Both of them celebrated their 12th and their photos speak loads of the bond that they share between them. The couple is totally love-struck and feels as if they have just met. Their beautiful relationship is built on love and understanding and the fact that one should stand by the other in difficult times.

In these times, it is really wonderful to see such stability in celebrity marriages. Gal’s career has been successful as a model, actress, and director, and she wants to grow even more in her field of work. She gives a lot of credit to her husband for her success and how he made her realize her dreams. He was the one who encouraged Gal to continue with her work, even when their kids were young. Yaron is a doting father to their kids and perfectly juggles work and family.