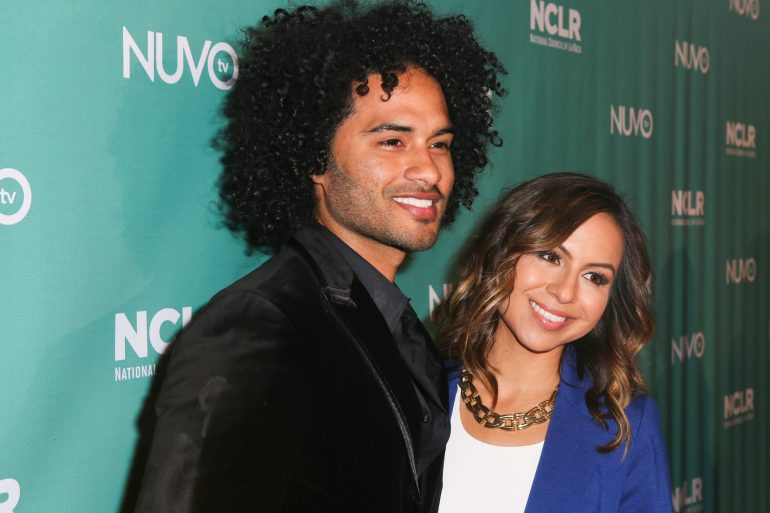 Jose Manwell Reyes is an American songwriter, singer, and rapper whose birthplace was in Germany. He is famous as the lead singer of a Christian group known as Group 1 Crew. Additionally, he married to Anjelah Johnson, who is a renowned comedian and actress.

Although Reyes is an American, his birthplace was in Germany. He also lived in Germany for a while. This is because his father was an American military officer and was serving in Germany at the time of his birth. He, however, left Germany with his mother after the separation of his parents. Since leaving Germany, he did not have a lot of contact with his father.

Manwell Reyes has an elder brother, and they were both brought up by their mother. Although his mother did her best to bring him up, he was continually getting into trouble, and he was kicked out of school three times because he was troublesome. He, however, began to experience change when he got into high school. The change that occurred in his life was attributed to him becoming a Christian.

After becoming a Christin, Manwell started doing well at school. Furthermore, after enrolling, he joined a bible college. Manwell Reyes did not stop at this. He was a regular attendee at various Christian summer camps. It was at these many camps that he fell in love with music. At the different summer camps Manwell attended, he got the opportunity to perform before large crowds. This inspired him to put a band together after leaving school.

Manwell Reyes put together a band called Group 1 Crew. At its inception, this crew had just three members. They were Reyes, Pablo Villatoro, and Blanca. However, as the band grew, more people joined while others left. This was merely based on the various changes the band made as time passed.

Reyes was the center of attention of this crew, and they were able to get signed by Fervent Records. This was followed by a contract with Warner Bros. In 2007, this group put out their debut single. This song was called ‘Can’t Go On’, and it made it to WOW hits in 2007. This was followed by the release of an EP called ‘I Have a Dream’ and then a self-titled album.

One of the songs in this album was called ‘Love is a Beautiful Thing’, and it got to the 20th position a leading Christian chart on R&R magazine. A year after the release of their first album, this group dropped a second album titled ‘Ordinary Dreamers’. One of the singles from this album became popular on radio and made it to one episode of ‘One Tree Hill’. This group did not stop at a second album. They went ahead to release a third album titled ‘Outta Space Love’. This turned out to be their most significant work of all time. This album brought nine Dove Award nominations, and they ended up winning five of these nominations.

How Much is Manwell Reyes Worth

Manwell Reyes is perhaps not as rich as your favorite celebrity. He, however, has been able to build a good net worth. Reyes has had a very successful career as a musician, and that has helped him amass a net worth of close to $1 million. His wife’s influence has also affected his net worth. She, however, is worth about $500,000. Since Ryes is still active as a musician, his net worth is expected to rise over time.

Manwell is married to Anjelah, a famous comedian and actress in the United States. Although his wife achieved fame as a comedian, she did not start out as one. She was a cheerleader and was employed by the Oakland Raiders, a team in the NFL. She was once tagged the rookie of the year while at the Oakland Raiders. Although cheerleading was good at the time, it was not something she wanted to do for the rest of her life.  She, therefore, relocated to Los Angeles and started a career in comedy.

Anjelah got a job with ‘MADtv’ in 2007. Although it seemed like the best thing to happen to her in her career, it did not turn out so well at the beginning. This was because she got this job during the writer’s strike. This strike led her to have minimal lines. Although she did not have as many lines as she needed. She got popular. She continued with ‘MADtv’ for some years before getting a Comedy Central special called ‘Anjelah Johnson’: That’s How We Do It’. From this point, she made various appearances in different films while still working as a comedian.

Reyes and his wife connected adequately after their first meeting. This is because of their similar Christian beliefs.

Manwell Reyes got married to Anjelah Johnson in 2011. Their wedding ceremony was held California. Manwell and his wife currently do not have any children as they made a decision not to do so. They, however, spend a lot of time with their nephews and nieces. It is not clear if Manwell has been with other women. However, there are no records of Manwell being involved in a relationship before meeting his wife.

Manwell disbanded Group 1 Crew in 2017 and started a group called PANDA$. His reason for this was he wanted to pay more attention to mainstream music. One year after this group was formed, they dropped a lot of singles and collaborated with different artists. One of these artists is Anastasia Elliot.

Although the aim of making music with this new group differs from what his drive was when he was with Group 1, he still has the same set of fans as many  of his fans moved with him to his new group. This new band has many audios and videos, and they are available on lots of websites, as well as on YouTube.