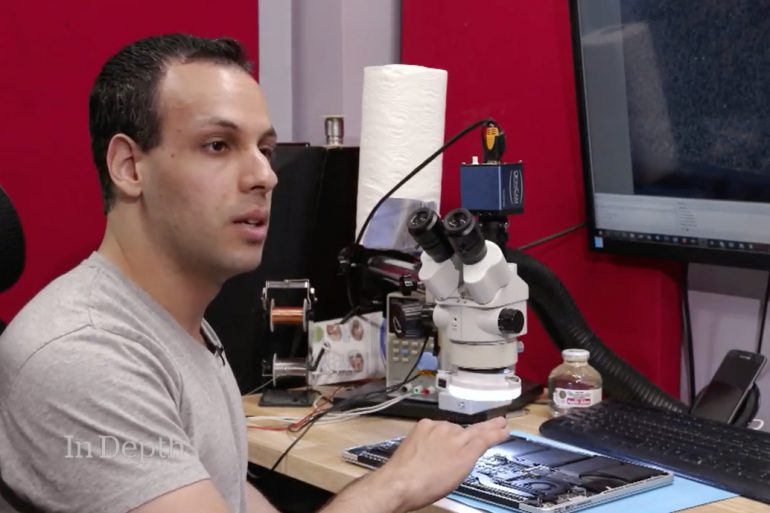 Born on the 19th of November, 1988, Louis Anthony Rossmann is a right to repair activist, YouTube personality, and repair technician. He owns and operates a computer repair shop in New York. This shop called Rossmann Repair Group, was founded in 2007, and is based in New York City. Rossmann Repair Group is into logic board-level repair of MacBook. In addition to these, Rossmann has a channel on YouTube where he puts up videos of his repairs for educational purposes. A lot of his repairs are live-streamed on YouTube, Vimeo, and Twitch TV.

Although known for putting up videos of him repairing MacBook on YouTube, that’s not all he puts up on his YouTube channel. He also puts up tutorials on real estate, business practices, and life in general.

CBC News investigated Apple’s business practices on the 8th of October, 2008. This investigation was focused on the repair of Apple devices. The news team went undercover to an Apple store with a bad MacBook Pro. They were merely interested in a quote for repair. They told the representative at the shop that the screen was black and they couldn’t see what was on the screen.

After looking at MacBook Pro, the Apple store gave a quote of $1200 sating the laptop needed a logic board replacement. The store went on to explain that the liquid contact indicators had come in contact with liquid. As a result of this, the entire logic board had to be swapped out.

This same laptop was moved to Rossmann’s Repair shop. After having a look at it, Rossmann said there was no liquid damage. That the LCIs were probably set-off by room humidity. He further said the MacBook Pro’s backlight was connected by a pin that wasn’t correctly aligned. As soon as he aligned the pin properly, the MacBook Pro started working well. Rossmann did not end at that. He went further to say that the likelihood of his shop charging for such minor repair was low.

In 2018, Louis Rossmann was a witness in a lawsuit involving Apple and the owner of a smartphone repair shop in Norway. This lawsuit was basically about authorized smartphone parts and the right to repair. When the lawsuit started, the court was on the side of the repair shop owner. However, it finally gave a ruling favoring Apple Inc. because it was proved that the shop owner made use of counterfeit parts.

In addition to testifying in the case involving Apple and a repair shop owner based in Norway, Rossmann has stepped in as a witness in various right to repair hearings. Some of them took place in Washington, State, Nebraska, Maine, and Boston.

That’s not all there is with Rossmann and the right to repair. He has taken part in right to repair campaigns. One of them was farming machinery related and took place in Nebraska. Initially, Rossmann did not support any curb firms imposed on farms which stopped them from attempting to repair their machinery. However, he ended up saying his opinions were not entirely correct because he was not an authority in framing machinery.

Rossmann is not just prominent as a right to repair activist. He is also a strong critic. He once criticized the third-generation MacBook Air design. He said the MacBook Air could overheat very quickly because the fan is not placed over the CPU. It also is not connected to it through a radiator circuit. But it is simply a placebo fan.

Videos put up by Louis Rossmann

In his time as a Youtuber, Rossmann has put up a lot of videos. Some, however, have gained more attention than others. Louis Rossmann put up a video on YouTube on the 18th of October, 2018. This video was titled ‘Apple & Customs STOLE my batteries, that they won’t even provide to AASPS’. In this video was an explanation of how the U.S Customs seized his package. This package contained 20 Apple MacBook batteries and was worth $1,068. The U.S Customs seized this package after claiming they were fake goods.

Additionally, Rossmann claimed his package was seized because he imported batteries with Apple’s trademark and it was Apple’s way of getting back at him after the CBC piece. This is because he was not new to the importation of batteries. He had been at this for a long time without any issues until CBC News published its story.

Rossmann put up a video on YouTube on the 5th of June, 2019. In this video, he was a crucial witness in a court case in Norway. In this case, Apple Inc. sued a repair shop owner in Norway because it did not want his shop to continue repairing Apple products. Twenty-four days after the first video concerning this case, he put up a second video as an explanation for the case. This second video was an explanation for the case. He made it clear that the case was ruled in favor of Apple Inc. because the repair shop involved made use of counterfeit parts. He claimed to be unaware of this detail before going ahead to testify.

Rossmann has put up lots of videos on YouTube, and a lot of them have been taken down because of privacy complaints. While it might just seem these videos broke privacy rules, there is more. A lot of times, lobbyists that do not support Right to Repair are behind these videos being taken down.

At the moment, there are no reports of Rossmann being in a romantic relationship. Also, the details of his past relationships are not available. He is single now and does not have any children.

How much is Rossmann Worth?

Louis has been in business for a fairly long time and has a net worth that proves this. His net worth is growing gradually. In 2020, Louis Rossmann is estimated to be worth between $1 million to $5 million. This is expected to increase with time.